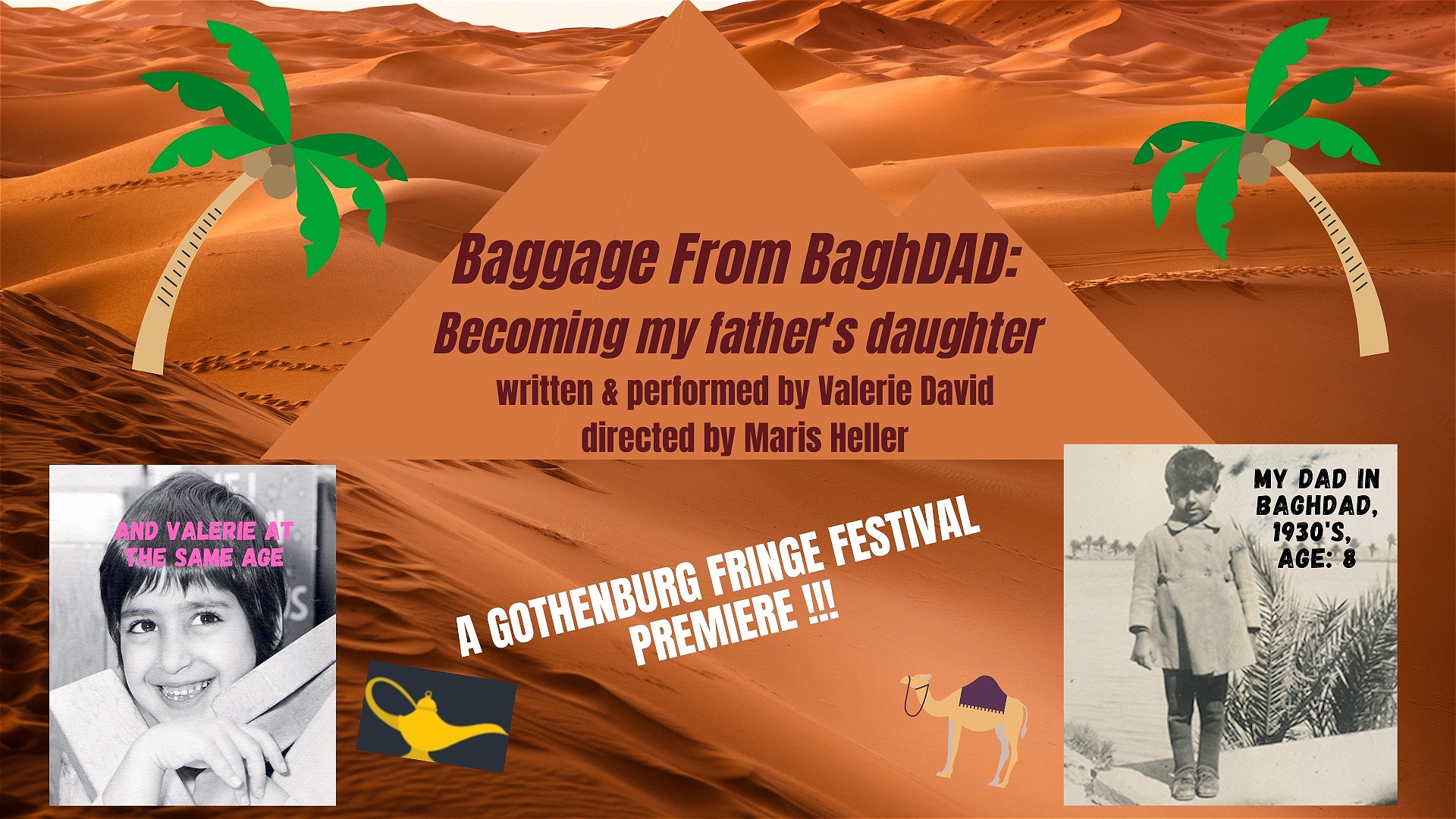 Forced to flee Iraq due to religious persecution during the 1941 “Farhud”
pogrom, Valerie David’s paternal Middle Eastern Jewish family built a new home in America. Their inspirational journey mirrors today’s growing intolerance of race, religion and sexual orientation. This play is a story of a father and a daughter learning to love and accept their differences, and how a father’s tale of survival and perseverance shaped his daughter’s future and who she is today.

The performance on 8 September is a world premiere and will feature a
30-minute audience talkback with renowned guests after the performance.
Details
Genre: Theatre, Performance
Duration: 90 mins,60 mins
Price: 145 kr