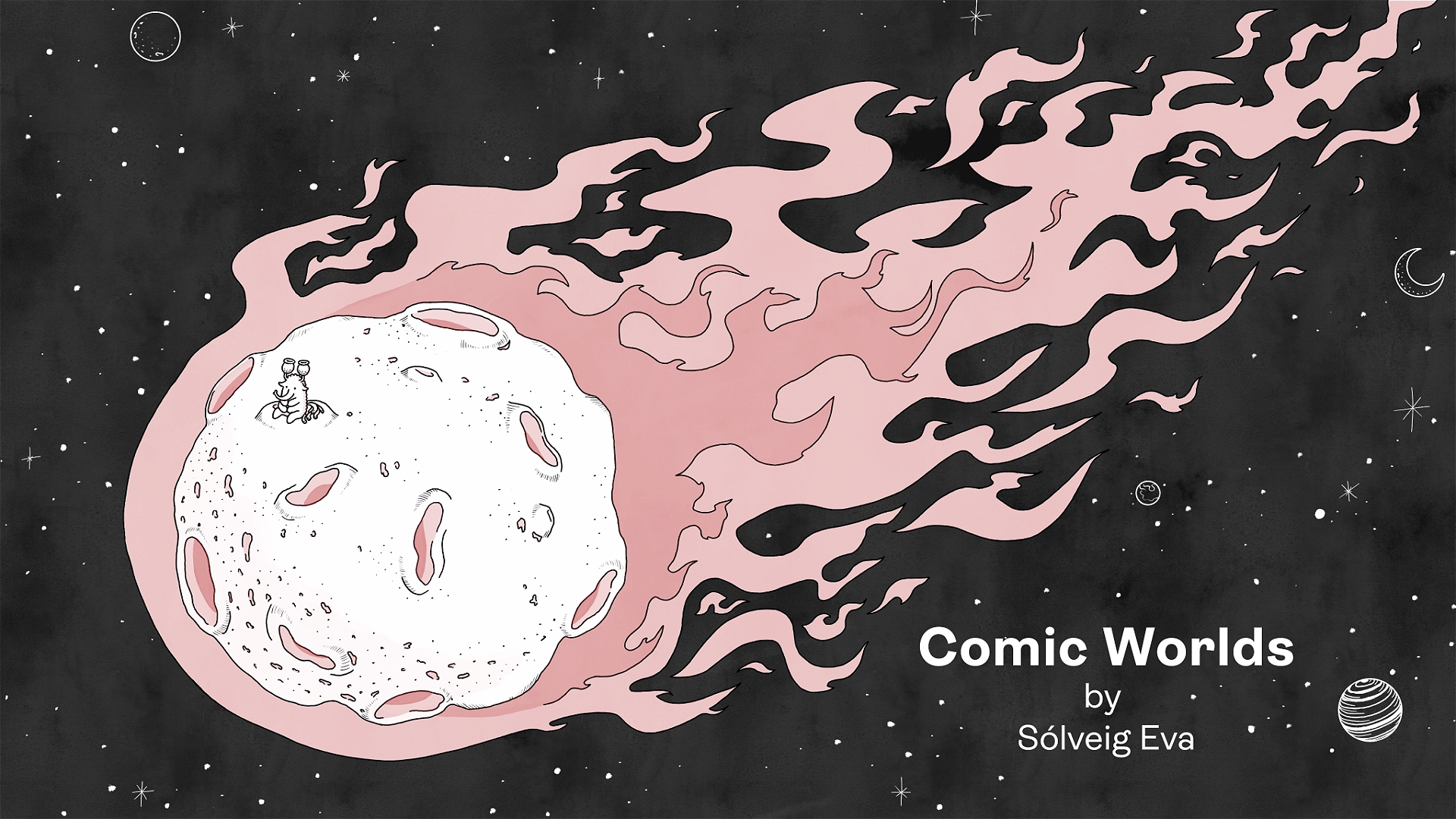 Gallery exhibit of comic book worlds by Icelandic storyteller Sólveig Eva.
Featuring “Space Mama Piggy," a graphic novel in-the-works about a space pig who blasts her many - oh, so many - kids off into outer space when she’s reached her limit as a single mother. This sweet, dark, honest and humorous comic navigates motherhood, guilt, grief, low self worth and shame.
The exhibit also features the award-winning comic short “Apples Baked and Words Unspoken” about a family of foxes and an eventful apple cake, but really it’s about how often we fall short and fail to communicate the love we feel and need.
The third story is "The Unseen Artistry of Women" which was originally published in the Washington Post, about the often overlooked art of housewives.
Details
Genre: Visual Art (Photo/Video/Etc), Other
Duration: 1440 mins
Price: FREE