Skip to content
Nick Jameson: A Crowd of One 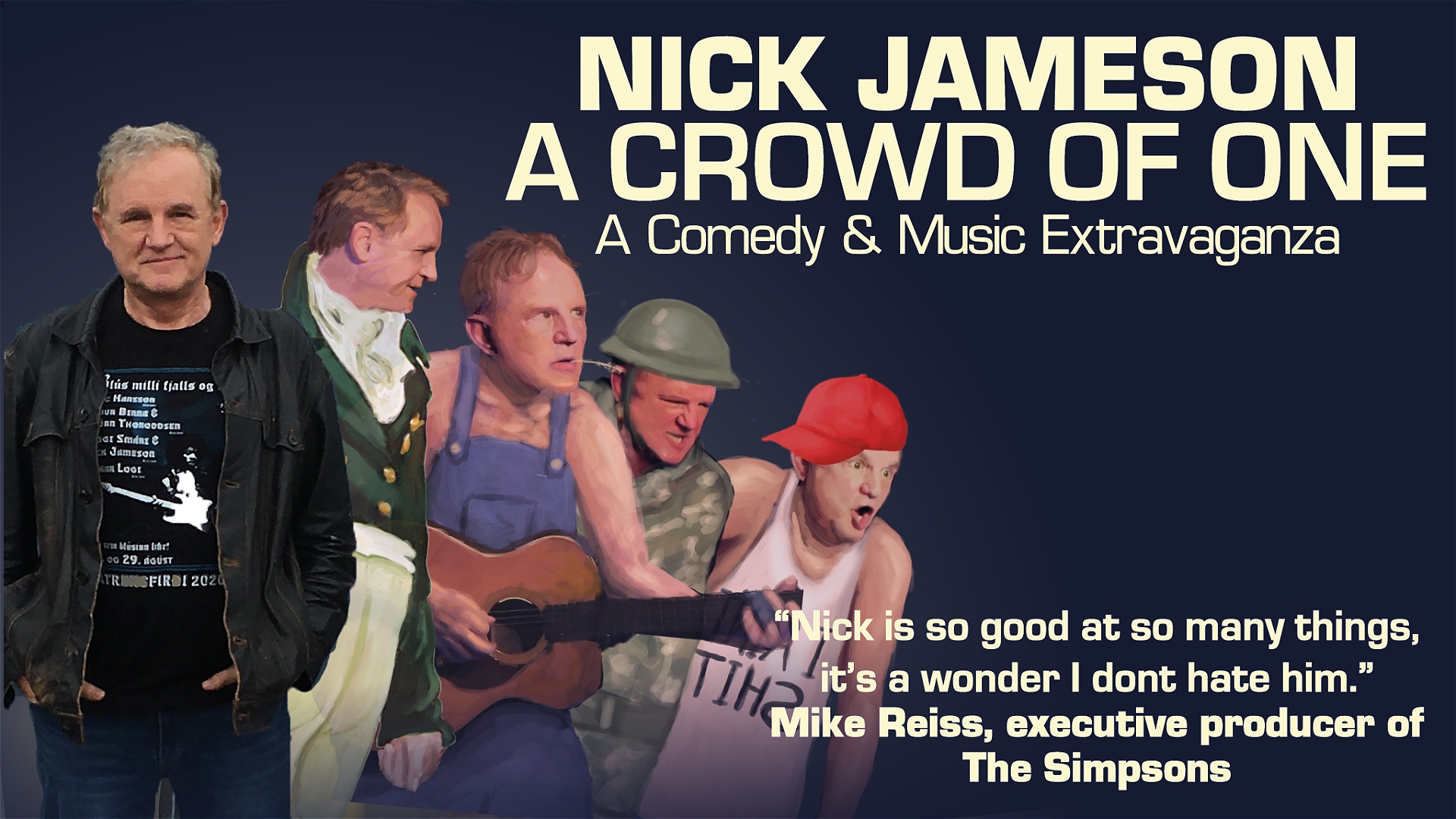 He's been pernicious as the Russian President in 24, cacophonous with Foghat, and murderous at The Comedy Store. Now Nick Jameson is bringing together standup-comedy, musical comedy, improv comedy and acting in A Crowd of One, a show that poses the question ‘Will the real Nick Jamesons please stand up?’
‘Nick is so good at so many things it’s a wonder I don’t hate him’ (Mike Reiss, executive producer The Simpsons). ‘The real deal, off-the-charts funny’ (Carlton Cuse, executive producer Lost).
Details
Genre: Theatre, Music, Stand-Up Comedy
Duration: 60 mins
Price: 125 kr