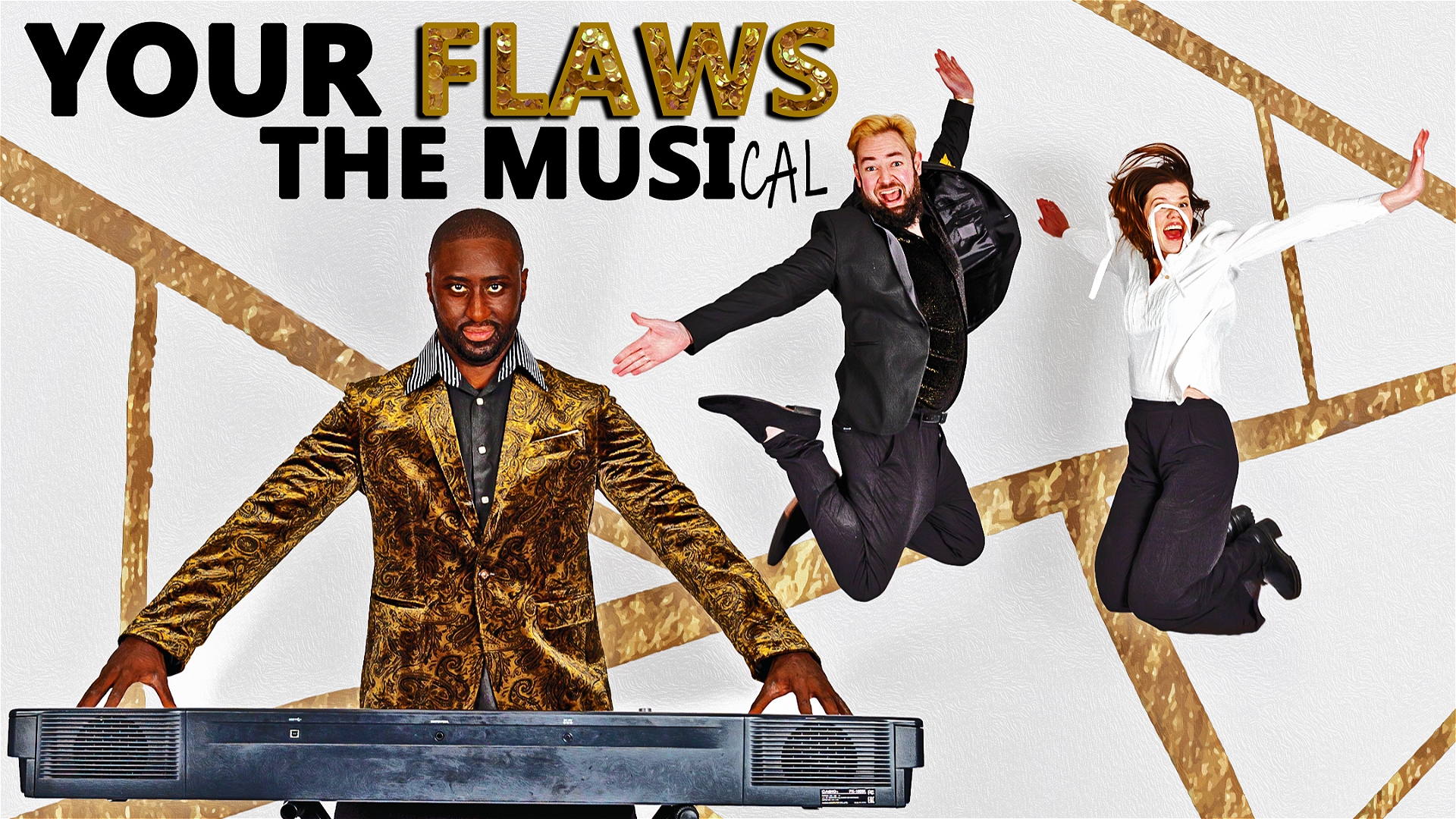 What's wrong with you?

In an attempt to get right to the emotional heart of what makes musicals so magical, the very flawed people of "Your Flaws: The Musical" take an audience member's perceived self weakness, something they'd wish to remove or better understand about themselves, and lift the room together on a spontaneous rollercoaster of songs, scenes and storytelling.

Their shows have been described as:

"...musically dynamic ... clever wordplay – especially impressive when you consider that they were making it up on the spot." **** (Everything Theatre)
Details
Genre: Theatre, Music
Duration: 50 mins
Price: 200 kr